But, what happens when the gambling world when combined with the cinema industry?

That’s a whole other thing that is simply amazing.

Everyone knows the classic hits like Casino starring Robert de Niro or James Bond gambling and looking cool while doing it.

And some of the most iconic scenes are coming straight from the casino-related movies.

That’s why in this article, we present to you the most memorable tv gamblers coming from some legendary movie names!

Everyone knows James Bond and his big adventures that everyone is envying.

But,  Le Chiffre in Casino Royale surely is an iconic villain that you can’t forget that easily.

With his name literally translating to ‘The Number”, Le Chiffre is a great gambler that has both the experience and the brains.

His best side is definitely poker, and even though James Bond is after him, he never stops.

And isn’t afraid of risks as well! 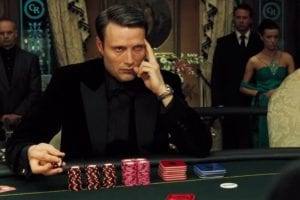 Have you ever heard of this movie, where MIT math students are planning on taking an entire casino?

With the skill of numbers, calculations, and math.

And Micky Rosa, being the head of the tea as the professor just proves how good the movie is.

Adn the best thing is that this story is based on true life events.

How cool is that? 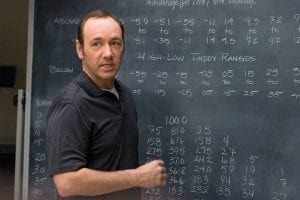 This legendary movie starring Dustin Hoffman and Tom Cruise is not your typical casino movie.

In fact, the main theme isn’t even about gambling.

But, Raymond Babbitt and his casino scene are enough to make you cheer and root for him.

Even though he is autistic, Raymond has a photographic memory.

He also is very good at card counting and it eventually leads to him having the biggest stack of chips in the whole casino.

And of course, he wins the game! 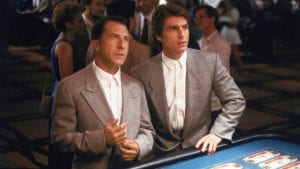 Have you ever thought about literature and casino going together as one?

Well, prepare to be amazed because they, in fact, can.

And Jim Bennet in the legendary movie ‘The Gambler’ can definitely prove that.

He is a professor of literature and his life philosophy is to become a great gambler and make money based on it.

But, he gets in the hands of the wrong people and after that, he seeks help from his students.

And the rest lies in the movie itself.

Watch it; you won’t regret it.

These characters are only a small portion of what’s really out there, in the casino cinema world.

You simply can’t hate them; for them, gambling is a way of life.

Their techniques, style, and winnings are the things that make them who they truly are.