If you are a Viking fan who would like to join their quests, you should consider the Viking themed slots.

The progressive design of these gambling games will take you to the mysterious world of Norse people.

In the following list, we have included 5 amazing Viking casino slots you can play online.

The first choice on our list was developed by Playson.

This slot consists of 15 pay lines and a decent Return to Player of 96.8%.

The overall design revolves around the Viking gods.

More specifically, the characters of Thor and Loki are the wild symbols of the game.

If they are positioned on the middle reel, they can also grant you two bonus features.

The ultimate feature can be triggered by multiple wilds on the middle reel. 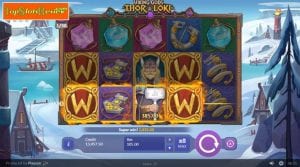 The Vikings are mostly famous for their overseas quests and battles.

That’s why we have chosen the Vikings Quest by Microgaming as our second choice.

The slot features the Wild, the Scatter, and the Gone Fishing feature.

It offers Free Spins and an additional bonus named ‘Chest of Fortune’.

If 5 wild symbols land on an enabled pay line, you will get the jackpot worth 1,000 coins. 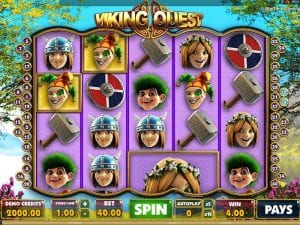 The Vikings Go Wild Slot was developed by Yggdrasil Gaming.

The design of this slot is animated and adventurous.

It is perfect for players with a wild imagination, as you will face a sea monster in the play.

Apart from the incredible design, this slot offers diversified features, such as regular and sticky wilds, free spins, and the absolute Treasure Chest Bonus.

Play’n GO, the software developer of Viking Runecraft was inspired by the Norse gods.

Apart from the gods, the central figures of Norse culture, this slot features numerous Viking amulets.

The 7×7 grid and the disappearing symbols set to provide you the opportunity to continually win from each spin.

Viking Runecraft includes endless bonus features, such as the Lure of Loki, the Charge of Destruction, the Fury of Fenrir, and the Judgement of Jörmungand feature.

Besides, the slot offers Rune of Valhalla, Free Rounds, and Gift of the Gods as bonus games. 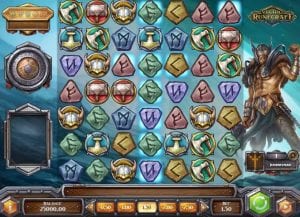 Our final choice is the Vikings Slot. Developed by NetEnt’s, this slot was inspired by the world-famous, iconic TV Series, the Vikings.

The outstanding graphics of this slot realistically depict the characters of the series.

Additionally, the symbols are divided into low-paying and high-paying ones.

What’s more, the Vikings Slot provides 4 different bonus games: the Shield Wall, the Scatter Pays, the Hotspot, and the Raid Spins as the most attractive feature.

With the last bonus, you can increase your stakes by 10,000 times.

As a Viking fan, you have certainly seen a lot of movies or TV shows presenting the Norse culture.

As such, you are familiar with their gods, symbols, or holy things.

The above-mentioned online slots connect the gambling culture with the uniqueness of the Vikings.