October 22, 2019 Posted in News, Slots by Lukas Mollberg • No Comments

Ice Wolf is an upcoming online slot game created by Elk Studios, which is a Swedish award-winning game studio that develops highly entertaining video slots and tools for the online gambling industry. The Swedish gaming company is based out of Los Angeles has been producing online casino games since the late 2010s, which include Respin Circus, Tahiti Gold, The Wiz, Valkyrie, along with many others.

The game is playable on any desktop or mobile device and is scheduled to be released on November 5th, 2019. Ice Wolf is a Nordic-themed slot game that features 6 reels and 3 rows, which expands up to 7 rows. For players who reach the top row, you could be awarded bonus spins or wilds, which provide a 50x multiplier on additional wins.

Aladdin and the Sorcerer

Aladdin and the Sorcerer is an upcoming online slot game produced by Pragmatic Play, which is an award-winning game developer who specializes in online video slots and casino table games. Pragmatic Play is considered to be one of the world’s leading game development companies and was named Software Rising Star in 2017 by ERG. The company has been producing high-quality casino games for nearly 2 decades and is committed to building player-focuses games. Aladdin and the Sorcerer is an upcoming slot game that features an Aladdin storyline, which is inspired by Arabic folklore. The game is designed to be not only fun but also visually appealing, which is considered to be one of the best looking games produced by Pragmatic Play. The sorcerer can grant players wilds, along with bonus spins, which feature sticky wilds with multipliers of up to 3x to increase your wins 3,000 times. The video slot also features 5 reels, 3 rows, along with 20 fixed pay lines. Aladdin and the sorcerer can be played on any desktop or mobile device.

Dragons Fall is an upcoming online slot game, scheduled to be released in late 2019. The game was produced by Blueprint Gaming, which is a gaming developer with over 50 years of experience in the casino industry. The company specializes in creating innovative and state of the art online slot games such as Cleopatra’s Gold, Worms Reloaded, and Fortunes of Sparta. Dragon Fall is a dragon-themed online slot game, which features huge chambers, caverns, and treasures. Dragon Falls allows players to place wagers between $0.20 and $20 and feature returns upwards of 25,000 times, which means you could potentially win up to $500,000. The game also features a free spins, 5 reels, along with 20 win lines.

Dragons Luck Megaways is an online slot game that is a remake of the original Dragon’s Luck Slot, which was developed by Red Tiger. The game features bigger, better, and significantly more potent wagers. The game is a 6-reel video slot, which provides players more than 117,600 to win. Dragons Luck Megaways can be played on any desktop or mobile device and features 6 reels and 2-7 rows, which allows players to win 38 times their stake. 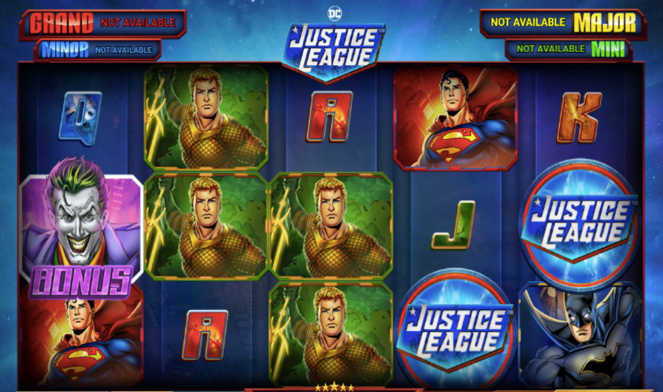 Playtech is considered to be the world’s largest supplier of online gaming and sports betting software. The New Zealand based software company has recently developed a Justice League Slot game, which is based on the Justice League comic and is scheduled to be released on November 2019. The game features many characters from the DC Universe, including Batman, Wonder Woman, along with Superman, The Flash, Aquaman, and Cyborg. Each character has its own special feature, which includes free spins, wilds, free plays and bonuses that will unlock as you play.

Some changes in future online gambling 2020