Man Lands A Jackpot Worth €7.8 Million

November 19, 2018 Posted in News by Lukas Mollberg• No Comments

One of the largest jackpots in online slot machine history was just claimed by a Swedish man playing the very fun game known as Joker Millions. His luck turned into a huge pile of money when he wagered the equivalent of fifty US cents on a single spin. He never expected that it would all line up in his favor in this way, but that is exactly what happened.

The LeoVegas Casino is where this particular magical moment happened as this individual logged in to play at this online casino. This particular casino has been around since 2012, but it already has a big reputation in the industry for being a strong contender for becoming the casino that many players travel to when they want to do some online gambling. This is because the casino continues to win awards in the industry and prove that it is the kind of place where true gamblers should go to try their luck.

A lot of people think that a casino that has only been around for six years would still just be learning what to do in a variety of situations. That is not really the case though. It turns out that LeoVegas Casino has become very good at the job that they do providing games to their players for their enjoyment.

Who wouldn’t want to learn a little more about the particular slot machine that so much money was won on? We all obviously crave the knowledge of what kind of machine a player may have won his or her money on so that we may also give that machine a try if we feel that it has some luck to it. The machine in question in this case is one known as Joker Millions.

The machine is a progressive jackpot machine the features 5 reels and 25 paylines. This means that a player may choose exactly how much they would like to wager per spin and then just sit back and let the game play. There are even auto-spin features available for those who just want to wager and let the outcome be what it is going to be. 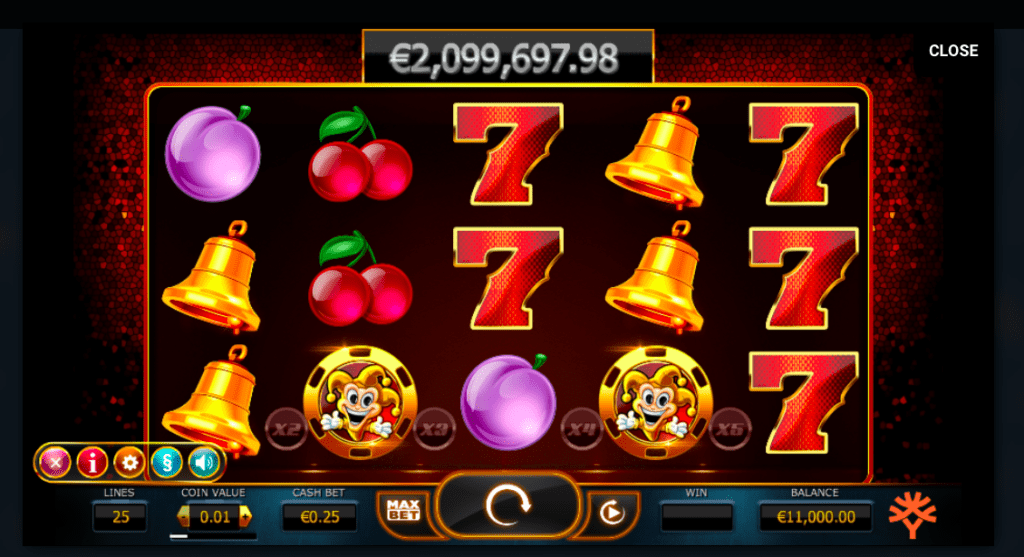 Most agree that this machine is a bit of a throwback to the way that things used to be in Las Vegas and other parts of the world. It is the type of game that you do not need to have a lot of experience playing in order to get something out of it. You simply need to be able to operate a very basic slot machine in order to get something out of this one. Many players enjoy the experience and say that they would try this machine again in the future.

Not The First Time It Has Produced A Big Win

A banner headline for this slot machine should be that this is not even the first time that it has produced a big winner. It turns out that others have been able to enjoy their experience playing this machine as well. The game produced another winner of more than one million prior to this huge win. It was not nearly as close to the €7.6 million win that this Swedish gentleman won, but it was still more than one-million.

You can clearly see that this machine has a history of producing big winners. Perhaps you are the next in line to win big with this slot. You never know how things will turn out until you give it a try for yourself. As of right now many are still buzzing about this enormous jackpot.

Lukas is the head author at FreeSpinsBonus and responsible for all content strategies and what casinos we review.Lukas has a background of playing poker in the early years of the poker boom in Europe. He became an expert within the online gambling and has been working as an author for several websites.

Rizk Casino is proud to present 500+ games from some of the gaming industry’s top software developers! New customers are rewarded with a great welcome bonus.