We hear about casinos and jackpot wins all the time.

Whether it’s on the news or on social media, this topic is unmissable.

And most importantly, it happens on a daily basis, so that means that it can happen to anyone.

But there are some wins that simply are meant to be written in the casino history book and to be remembered.

Here are some of the biggest wins that broke world records. 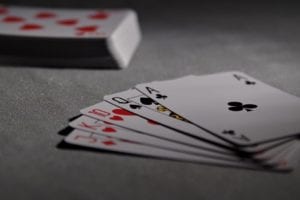 Luck is simply on your side sometimes, whether you’re a rich man or poor.

In 1997, Kerry Packer, a millionaire born in Australia decided to go to Las Vegas and try out his luck.

But, he didn’t believe his eyes when in just one round of blackjack and baccarat, he won millions of dollars.

The legend has it that he even tipped his doorman. But that wasn’t just a normal tip. It was a million-dollar tip.

Everyone wanted to be like him in that moment, but check this out.

A couple of years later, while he was at a London casino, he lost the same amount and he couldn’t get it back.

A man that stayed anonymous to the public even today went to a Las Vegas casino while waiting for a basketball game once in order to pass his time.

Little did he know that he was going to walk out with one of the biggest wins in the casino world and history.

A whopping 39 million of dollars and even more was his win that night, and he kept being unknown while asking the casino to pay him $1.5 million every year for the next 25 years. 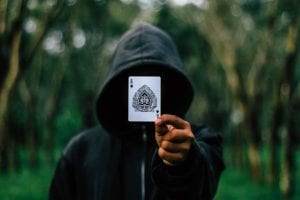 Would you believe your eyes if you won millions from a casino twice in your life? Well, this man didn’t.

Elmer Sherwin stepped in a casino for his first time while he was a World War II veteran, and he won 4.6 million dollars on a slot game that just got invented.

He humbly accepted the money and went on to travel the world with them.

But this story doesn’t stop here, folks. He kept playing slots a couple of times a week and in the same slot game, 16 years later, he won again.

This time, it was over 21 million dollars but he gave almost all of his money to charity.

An elderly woman, at around 60 years old decided to play the famous game Wheel of Fortune.

Of course, she wasn’t expecting anything and was doing it out of luck, but that decision brought her 680K dollars.

Interesting right? Well, check out the rest of the story.

A couple of days later, people expected her to celebrate or go on a vacation somewhere with the won money, but instead, she kept playing.

And that’s how she won more than 27 million dollars. Millions! Such an inspiration.

The key is to never give up.

These people are a few of the many examples of why we should always settle for more and believe in ourselves.

Maybe then, the luck will be on our side!

The Most Common Styles of Playing Poker

The History of Poker Chips